Deriving greater efficiencies and better quality through integration of UPRNs

This work was used as a key case study to highlight the 6:1 ROI potential available by using Gazetteer data to better effect in local authorities. See the full report here.

In 2013, the GIS team at Blackburn and Darwen Borough approached the Elections team to assist with cleansing their database. The driver for this work was simple: there was no automatic link between the Gazetteer Management System (GMS) and the authority’s election software. Manual matches were done once a year.

The GIS team exported the election cross references into the Local Land and Property Gazetteer (LLPG) but, during the process, found significant mismatches. Data matching was done to resolve this, along with remedial work for other errors that can occur on election days (things like the wrong polling districts being assigned to properties or new-builds not showing up in the records).

The council’s GIS, LLPG and Street Naming & Numbering Lead officer offered to manually cleanse the data over a period of time. As the GIS lead had access to the Revenues and Benefits software, it was possible to cross check any anomalies that occurred, and then work to correct these. This process took a few months to complete, with the GIS lead relocating to the Elections for the duration. By the end of this process, all properties had been assigned a correct UPRN.

After this work was completed, steps were introduced to improve the efficiency of the elections process and management of workflow. This involved using UPRNs as the key link for disparate data sources. All staff were provided with read-only access to assist with address queries and general mapping assistance. Maps were made to include LLPG data, ward and polling boundaries. The daily LLPG export was then set up to be pushed into their holding area for staff use, as and when required – ideal for new build properties.

The use of the LLPG data meant that election staff did not need to create addresses manually, which saved time and effort. All new properties appeared on the system before they were sold. The ‘create once, use many’ concept was put in place, and the team simply had to assign a polling district when properties went live.

As a result of these steps and the use of the LLPG in managing the elections process, accuracy rates are now the best they have ever been. In addition, turnaround times for issues have been reduced to as little as 24 hours, resulting in time savings for the council. The election staff can now spend more time on their day job instead of having to worry about inaccuracies of their data or the public contacting them with queries.

Canvass reform was a national project designed to save time, money and effort by matching residents’ election data against their council tax records. If this matched, then the property did not need attendance by a canvasser in person.

Due to the work already done, Blackburn with Darwen Brough Council knew they had matched over 90% of residents data in the test phase of 2019. The reform went live in 2020 with an even higher match rate – a result that came about due to the council’s two main adressing systems having full UPRN and address matches.

The Council Tax department had similar issues to the Elections team, with rural areas causing an ongoing problem. The GIS team aimed to match their LLPG data to the data held by Council Tax, but it became clear there were many inaccuracies with the data held by the Council Tax team. Thousands of errors came back. These had to be manually processed, to make sure there was at least a partial match that would enable the team to associate a UPRN.

One extra positive outcome of this exercise was the number of new properties the Revenues and Benefits team could now bill, identified when UPRNs were integrated into the Council Tax system. Numerous previously un-recorded flats above shops, rural businesses, hidden garages and even two care homes were identified.

After the implementation of UPRNs, to maintain the matching process, the Custodian was given full access to the system used by the Revenues and Benefits team.

The council’s GIS lead was also added to the Valuation Office Agency (VOA) circulation group for new properties, and given access to the VOA system for weekly updates. The Custodian was also given access to receive a weekly report from the Revenues and Benefits team of all properties in the system that did not have UPRNs – thus ensuring an almost 100% match rate, every week.

The GIS team also ensure the Revenues & Benefits team are the first to know about new properties and queries that come up. Integrating UPRNs this way enables a joined-up picture of services across the council and makes it easier to share data ore widely, as the UPRN allows for a single version of the truth.

There’s been a big drive to push UPRNs out across all council systems in Blackburn with Darwen Borough Council, due to the immense benefits observed.

Adult Social Care, for example, had experienced challenges due to the breadth of its addressing data, as had Children’s Services and Social Care.

Going forward, the GIS team is applying UPRNs to systems used by multiple council services. Greater use of UPRNs will mean improvements for business development.

Ultimately the goal is to build a dashboard that shows complete insights about the addressing held by each department, with the additional benefit of a verified risk register that shows properties with occupants who have been abusive to council staff. The GIS team are at the early stages of matching data for this purpose, and conscious of quality and what a difference that will make to citizens and council colleagues. 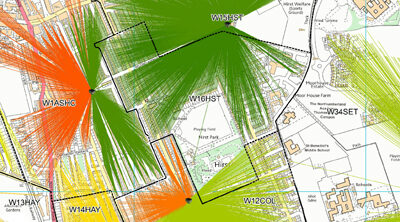 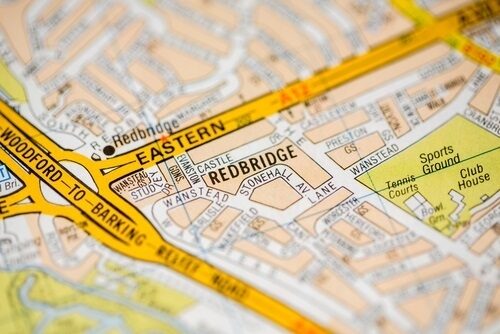