Mitigating risks to life from Ash Die Back disease

An initial 30% survey of the highway network resulted in the identification of 4,799 trees with ADB, with cost analysis evidencing £1.6 million in felling costs.

CCBC is the first authority in the UK to use the survey data and undertake innovative spatial analysis, underpinned by the LSG, that enabled the development of a risk-based approach for managing ADB. This allowed teams to prioritise trees by condition, height and hierarchy, and to identify risks to public safety, while allowing for the identification and mitigation of future impacts upon biodiversity.

CCBC and Mott MacDonald are working together to further enhance the technologies and develop post survey analysis techniques that could be used by other authorities to manage a progressive disease that poses a risk to both human life and biodiversity.

Ash Die Back (ADB) is a disease that affects Ash trees. Over recent years, ADB has spread across the UK at a rapid pace. The significant, life-threatening risk presented by ADB is that diseased trees, as they deteriorate, fall wholly or partly onto highways without warning and the scale of this problem and how rapidly trees deteriorate into a dangerous condition remains largely unknown. The first question when dealing with such a problem is, how big is it?

When the threat of ADB became widely known in 2018, CCBC wanted to know what it meant for Conwy and how much it would cost. Ecologists and environmental managers had no idea.

The Highways Act 1980 (S41) puts a duty on authorities to maintain and keep highways maintainable at public expense safe for passage, whilst Section 6 of The Environment (Wales) Act 2016 makes biodiversity an integral part of decision making, enforcing a duty upon public authorities to seek, maintain and enhance biodiversity. These conflicting legislations present an immense challenge in the strategic management of ADB. With limited guidance in the strategic and operational management of ADB, CCBC set to:

CCBC turned to their existing asset management system, underpinned by the Local Street Gazetteer (LSG). Existing tree asset inventory, linked to each USRN and collected since 2014, showed a large volume of urban street tree data. A high quality adopted highway layer detailed the authority’s highway boundary widths (the area of responsibility) and a landownership terrier. However, there was a problem. Ash trees were more prevalent on highway verges, woodland and in informal self-seeded growths, so Conwy remained unsure of the number of ash trees in the county, where they were, and what degree of risk they represented.

The first approach was to set up a tablet, linked to the existing system, for capturing data about existing trees. Unfortunately, the scale turned out to be too big. The team would have needed to survey 1669km Highway Network, 11 million m2 of land, and 17 million m2 of adopted highways. In addition, the timescales were worrying due to the nature of the disease and the fact diseased trees have a high risk of falling onto public areas.

Conwy approached Mott MacDonald who were developing a new system with a team of arboriculturists, data scientists and engineers. Mott MacDonald was using artificial intelligence to automate mapping and classification of trees. The system identified, mapped and assessed the health of individual trees using video survey data captured at full traffic speeds.

The sections of highway network selected for the survey were based on Conwy’s Network Hierarchy, linked to each USRN. In terms of attributes, the survey captured Easting/Northings; tree height; condition, and a photograph. Spatial analysis then evidenced cost implications of ADB, and which trees posed the highest levels of risk to public safety. With confidence, the trees could be quantified by degree of dieback, height, condition, felling cost. Ownership could be determined using Adopted Highway and Land Ownership GIS Layers.

When combined with the council’s geospatial data system linked to the LSG, the innovative technology supplied by Mott Macdonald enabled Conwy to identify the location, condition and management costs of ash trees at a much quicker pace than traditional survey methods would have done. CCBC started the operational phase of dealing with ADB even before the strategic planning was completed.

If the authority had used traditional survey methods, it would have taken years to complete the work. That could have resulted in unmanaged, diseased trees falling on the highway or council land including schools, playgrounds and parks, which could result in injury or death. In addition, knowing the condition of the trees meant felling could be undertaken in a controlled manner. Trees in their infancy of the disease did not need to be felled unnecessarily, reducing environmental impacts upon biodiversity.

By understanding the location of diseased ash trees in areas of ecological importance, an early sympathetic approach to managing diseased trees can be adopted. Compensatory mitigation methods such as the early introduction of bird/bat boxes to nearby trees can be undertaken. Significant costs would have been incurred by the authority in terms of Traffic Management costs to enable the safe inspections of trees by qualified tree inspectors. This could have ranged between £50,000- £150,000 in traffic management costs for inspections alone.

This approach is replicable. It can be used to inform Local Authority Ash Die Back Management Plans. While the focus of such plans is often on protecting users of the highway, the collection, management and interrogation of high quality data will also enable a long term approach managing impacts on biodiversity, habitats and carbon sequestration.

The 30% survey of the highway network underpinned by the USRN resulted in 4,799 Ash trees with ADB being identified along highway network. 875 trees were classified as dangerous.

Cost analysis determined the costs of felling all trees included in survey, which was refined to CCBC highways and land:

Degree of Dieback Council Costs Only

A heat map evidenced areas of risk, and analysis produced a prioritised list of the highway’s containing the most dangerous trees. Fall zone data was created evidencing why one dangerous tree is felled before another.

CCBC aimed to identify potential impacts upon biodiversity, setting the foundations for bringing environmental and highways asset management together. Quantified condition data provided enabled resources to be targeted at the highest risk areas. In parallel, early identification of trees in their infancy of the disease, in SSSI/SAC:

Operational measures have been put in place to ensure equal consideration is given to protecting biodiversity and users of the highway. The operational phase for managing ADB started before the strategic planning was completed enabling:

Asset-based work order tickets capture the location and costs of works. Not only is it important to know what works have been undertaken for good practice in highways asset management, but the location of removed trees will need to be known to develop and underpin and ADB recovery plan. In addition, keeping the lifecycle of trees with ADB up to date in CCBC’s asset management system enables the authority to adhere to its statutory duties in terms of streetworks notification.

The spatial analysis has enabled the authority to identify responsibility for trees. This has enabled CCBC to link tree records to land registry data, and issue notices (as licences under the Highways Act) on private land owners to deal with dangerous trees.

CCBC has now been able to deal with the majority of dangerous trees from the Mott MacDonald CH1-CH4 survey. Trees in the high risk category have already been completed or are programmed for completion in the coming weeks. 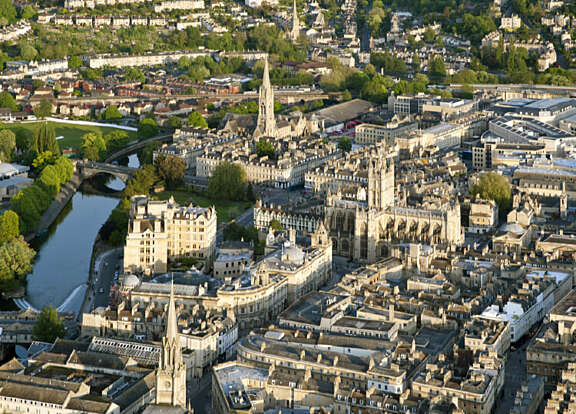 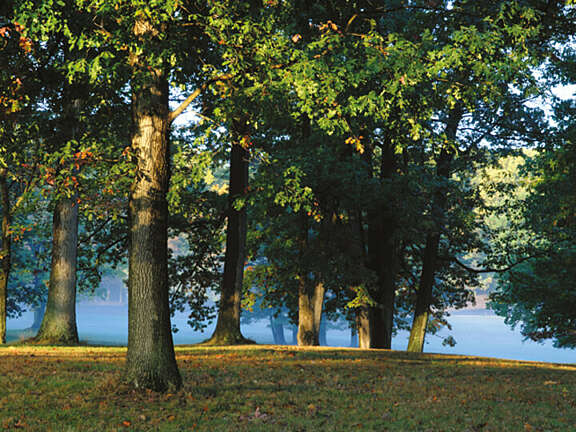