This presented a significant challenge of combining five established Local Land and Property Gazetteers (LLPG) and Local Street Gazetteers (LSG) to create a functioning, centralised system, in addition to keeping business services operating smoothly. An added complication was the disaggregation of Christchurch Borough Council’s data from the LSG as it was joining the newly formed Bournemouth, Christchurch and Poole Council unitary authority.

However, with a dedicated team and a huge amount of perseverance, Dorset managed to consolidate all of their systems within a six-month timeframe. This successful merger shows the potential for unitary authorities, with improved communication and planning, as well as the benefits of having a central reference point for public services.

During the planning phase in how to approach the work to combine six authorities’ data, the main area of concern was the disaggregation of Dorset County Council’s LSG data. While many gazetteers have been merged over time, it is rare for a gazetteer to be split.

Christchurch Borough Council’s data needed to be included in the newly formed BCP Council unitary authority (previously Bournemouth Borough Council, Borough of Poole and Christchurch Borough Council). An added complication was the hosting of three street works registers by Dorset County Council: their own and also those of neighbouring Poole and Bournemouth authorities. To maintain a seamless flow of street works data for traffic management purposes across the county, the LSGs need to be reformed correctly to the new areas, and loaded and published to all the statutory undertakers working across the county.

Getting all LLPG data into the system correctly without losing any data was of the utmost importance, as was managing any potential issues arising from duplicate street entries. This often occurs around district authority boundaries where data needs modifying to reflect the new administrative boundaries of a merger.

Different working processes across each council also created challenges such as the cross referencing that created discrepancies between councils. Some used planning data to cross reference their information, for example, while others used street naming and numbering.

Implementing a project of this scope requires expertise and high engagement from staff, with a need to ensure that those with the knowledge required are involved in the process. Staffing restructure challenges that accompany a merger meant that getting people in place was more difficult. New software also meant training, and many staff with no prior experience needed to use the software straight away – so there were many factors at work.

Consolidating different working processes and systems alongside restructure challenges created numerous obstacles for Dorset Council. The groundwork began in November 2018, with a deadline of April 2019.

Creating consistency across councils meant aggregating constituent district council and existing unitary LLPGs into a new, single unitary LLPG. Fortunately, all councils used the same software for their LLPG data, which did ease the transition. However, re-synchronising such a large amount of data does create complications.

Getting all LLPG data into the system correctly without losing any of it was essential, as was ensuring that any issues of duplicate streets were managed. This often occurs around district authority boundaries, where data must be tweaked to reflect the new administrative boundaries of a merger.

The remaining six authorities’ LSG data was edited to replace the previous separate authority codes with a single new code. After further validation and editing, it was then sent to the gazetteer management software vendor to perform the combination of all five districts’ LLPG data.

A merger also requires the implementation of new authority codes across all five councils, as well as new UPRN ranges. This was a mammoth task. Initial technical clashes were another issue. Councils needed to update their software, to make sure everyone was using the same software and had the same updates applied to their software, too.

While the preparation for this work was underway the gazetteers themselves were constantly being edited – business as usual. This meant the bulk of editing had to be completed in a brief window just a couple of weeks before the authority changeover, with new LSG files being validated and published to the authority’s statutory undertakers along with operational details for the new organisation.

Dorset consolidated its LLPG and LSG successfully, creating a central source of geospatial data for public services at a district level. Reflecting upon the success of the project, Dorset feels there was a real sense of achievement and solidarity felt across the council throughout.

Communication and relationships between the district's authorities has grown and improved, while knowledge sharing between the councils has also created a stronger structure for managing issues, with more skilled areas better able to support weaker areas.

There is now a central reference point for services, with planning, building control, land charges, public health, electoral registration and the waste partnership all linked to the LLPG and LSG. As well as sharing knowledge, this also helps to reduce duplication, with authorities working together to tackle issues, rather than managing individually at a very local level.

The reconciliation work required to align the Dorset LSG and LLPG to meet the single street coordinates requirement was addressed, where previously there had been a huge number of disparities. This project also gave recognition to those that work with the LSG and LLPG daily. Due to the scale of the project and the focus placed on their incremental impact on public services, awareness has spread to senior management and other council workers in the vital importance of the LLPG and LSG.

Combining the systems from five established local authorities in Dorset 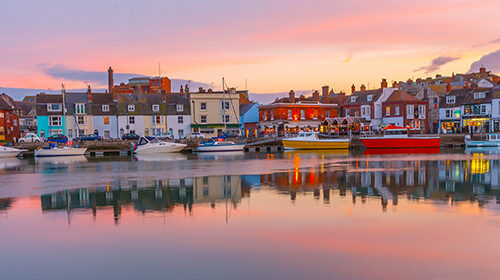 It is more than just partnership working, it is about providing one service

The Partnership between Adur and Worthing councils is proving to be a nationally significant collaboration model, the first one of its kind.
Learn More View more 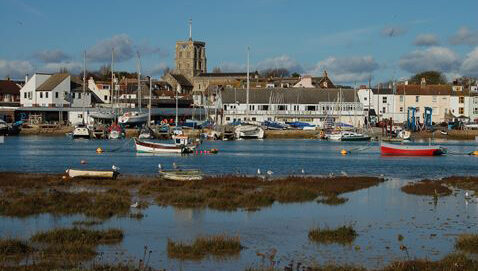