David Heyes from Wigan Council was announced as the winner of the 2021 Peer Award at GeoPlace’s 15th annual GeoPlace conference which took place online on 13th May 2021. The Award was presented at the GeoPlace Annual Conference watched by 876 attendees.

This year's GeoPlace Peer Award was given to Dave Heyes, who works at Wigan Council. Following the nomination by a fellow Authority Address and/or Street Custodian in England and Wales, the Peer Award aims to reward contribution to the local government address and street data community, or achievement within an authority.

In his role as Chair of the GeoPlace Street Naming and Numbering Working Group, Dave has been an active contributor at our conference and on the Knowledge Hub, an online resource for Custodians and Street Naming and Numbering Officers. Dave has also had a leading role in representing Custodians as part of the Data Cooperation Agreement governance team.

In announcing the Award, Nick Chapallaz, Managing Director of GeoPlace said: “Dave has given up a huge amount of his time over the last 15 years to work with GeoPlace and to support the Custodian and Street Naming and Numbering Officer communities. Dave’s knowledge and experience of Street Naming and Numbering and gazetteer management has been invaluable, in amongst other things, in understanding and shaping the operational and strategic relationship with Royal Mail.”

Nick continued: “Dave has played a key role representing local government in the PAF Advisory Group; significantly contributed to a number of projects to understand the data flows and document opportunities for closer working between local government and Royal Mail; and more recently given a significant amount of his time to the development of the SNN five-year strategy and resulting Code of Practice being drafted by the SNN Working Group. Dave has been a committed driving force behind our collective work and, in the words of his nomination: “The man is simply a beacon for the SNN community.”

The annual GeoPlace Awards highlight Custodians' roles within their authorities and enable their work to be more widely promoted to all parts of the authority. They allow the many services which currently use address and street data to see that the high standard of the data is externally recognised. From radical transformation initiatives saving millions of pounds for local authorities, to smaller projects improving data management by using the local address and street gazetteers in innovative ways â almost every aspect of local government business is underpinned by high quality address and street data.

GeoPlace is a world class expert in address and street information management, working internationally as well as in the UK to help our partners and customers maximise the value of their spatial information for better decision making.

GeoPlace maintains a national infrastructure that supports the address and street information needs of the public and private sectors. Its work relies heavily on close working relationships with every local authority in England and Wales. This relationship has been developed over 15 years, to build the National Address Gazetteer infrastructure and National Street Gazetteer. Ordnance Survey develops the range of AddressBase products from the National Address Gazetteer and OS MasterMap Highways Network from the NSG. Both datasets underpin efficient and effective services, bringing direct service delivery benefits to users.

The Unique Property Reference Number (UPRN) and the Unique Street Reference Number (USRN) are the unique identifiers for every addressable location and street in Great Britain. They are created by local authorities who have the statutory authority to name and number every street and property and Ordnance Survey who identify objects on the landscape which may otherwise not attract an address.

These unique reference numbers link datasets together and share information with other organisations who also use them. They provide a comprehensive, complete and consistent identifier throughout a property's life cycle â from planning permission or street naming through to demolition. 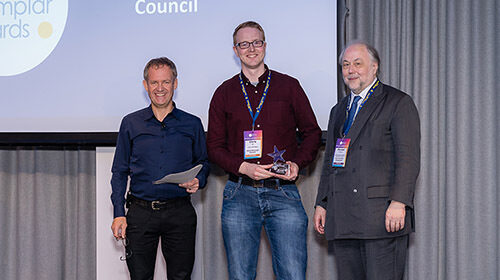 At the 14th annual GeoPlace conference and exhibition in central London, on 9th May 2019, Christopher Bell was announced as the winner of the 2019 Peer Award.&n... 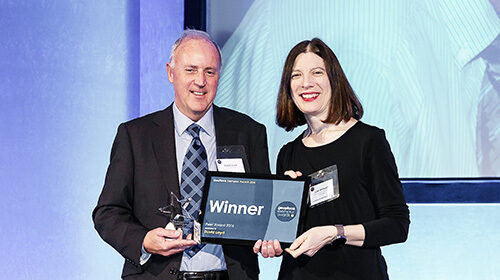 David Lloyd Local Land and Property Gazetteer Manager at Huntingdonshire District Council has been awarded the Peer Award at the GeoPlace 2016 Exemplar Awards. ... 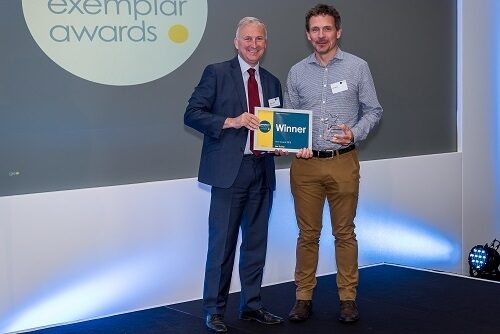 Ian David announced as winner of the 2018 Peer Award

Ian David, formally with Bridgend County Borough Council has been announced as the winner of the GeoPlace Peer Award for 2018. Ian joined Mid Glamorgan County ...

Ian David announced as winner of the 2018 Peer Award 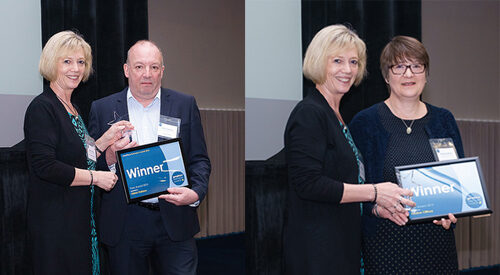